Thank You to our Donors 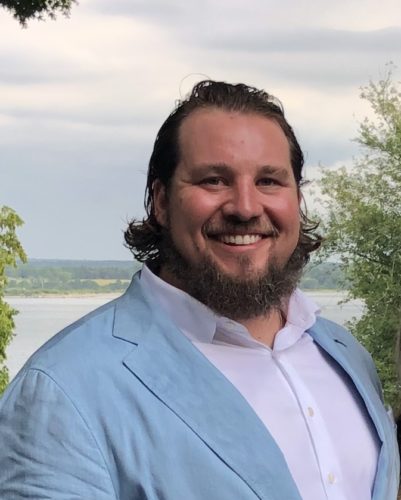 Thank you for this honor.  Hillcrest High School set me on a path of success that took me to the University of Utah, on to the NFL, and now into the business world.  I look back fondly on my time at Hillcrest and the people who impacted my life.  Life is truly about the journey, not the destination, and I am glad my journey included three years as a Husky. — Zane Beadles  September 2019

Zane Beadles graduated from Hillcrest High School in 2005.  He was a 3-year starter on the football team playing on both the offensive and defensive line. As a senior, he earned first team all-state and all-region honors.

After high school, Zane attended the University of Utah where he earned a mechanical engineering degree in 4 years while also being a starter on the Ute football team for each of those years. He was a member of the 2008 team that went 13-0 and was ranked 2nd in the AP poll.  His senior year he was on the watch list of the Outland Trophy and the Lombardi Award.  He was also named a First-team All American by the Football Writers Association of America.

Zane was drafted by the Denver Broncos in the 2010 NFL draft. He had a successful NFL career with the Broncos (including playing in the Super Bowl) and with the Jacksonville Jaguars, San Francisco 49ers, and Atlanta Falcons.

While playing for the University of Utah, Zane met Ryker, a 7-year-old boy who had terminal brain cancer. Ryker dreamed of growing up to become a professional football player. The team adopted him into the Utes family, invited him onto the field and into the locker room during the football season. Unfortunately, Ryker’s dream never came to be. Before he passed, Ryker asked to be buried in a team jersey. This had quite an effect on Zane. Shortly after being drafted by the Broncos, Zane sought out ways to help support pediatric cancer patients.

Zane founded and operated the Zane Beadles Parade Foundation from 2013-2019. It raised money to support children with life-threatening illnesses and their families.

Zane and his wife Meredith are the parents of young twins.